U1 redirects here. For the playable character in DanceDanceRevolution 5thMIX, please see U1 (character). 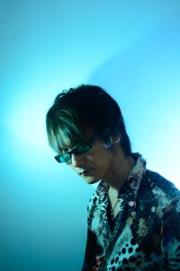 Yuichi Asami is known as one of the first KONAMI artists for the DanceDanceRevolution series, along with Naoki Maeda. Yuichi worked mainly as a CS artist for the series (until DanceDanceRevolution SuperNOVA), and he also directed some of the CS titles, like MARIO MIX and the HOTTEST PARTY series. Though Yuichi remained as a DanceDanceRevolution exclusive artist for many years, he started composing songs for other BEMANI series like jubeat and beatmania IIDX.

His sound is very variated but always ranging inside the electronic genres. He's known for doing a lot of house, rave, and trance with a couple of speedcore and hardcore tracks. Lately, he's ventured into EDM-based genres as well. He's also a proficient DJ and turntablist.

Besides his works for BEMANI, he also composed music for games like NBA POWER DUNKERS, RUMBLE ROSES and Police 911.