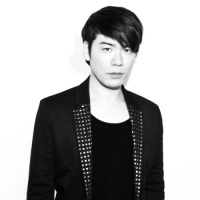 For several years, Kouichi Yamazaki was one of beatmania's resident artists, often contributing to the original beatmania series before moving on to IIDX. His music primarily consists of drum'n'bass, but also includes rave, house, and recently electro and EDM. He is currently signed to NNN RECORDS.

All songs are composed and arranged by Kouichi Yamazaki himself under his RAM alias.