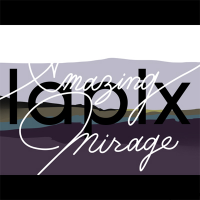 When Mr. L.E.D. first talked to me, he said "the next IIDX is ninja themed"

I made the theme "mirage" this time.
Using a dazzling HiTECH FULLON base, I incorporated a lot of colorful sounds.

The tension of this song slowly increases! I hope I made a ninja feeling~!
Please try playing it!