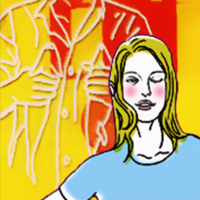 This song is about a festival held once a year in a village in Ireland..
I tried to make a fun fusion of Celtic and rock music.