This page is for the beatmania IIDX 6th style song titled Colors (radio edit). For other songs with the same title, please see Colors (disambiguation). 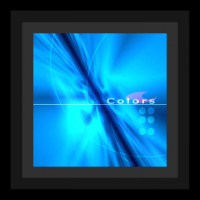 If you are familiar with the NM-produced dance pop song HIGHER, CHIYOKO, who is also known as Sunny, is featured on this trance track. It's titled "Colors", which is the theme of 6th style, but I actually had the color blue in mind when I created it. The two synths I often use to create trance music are both a beautiful blue color, and this track is an extension of that image.

It is strange to say it myself, but perhaps the songs I make contain a blue image, don't they? It's not a deep blue, but a pale blue, like floating in the sky....

YUZ, who created the movie without any special meetings, has a good understanding of my musicality, and caused me to cry a little when I saw this movie once production finished. I hope you will enjoy it as complex art combined with visuals...... that was self-praised.

I didn't plan to make the video at all, but before I knew it, I became in charge of it...

Since players can't view the center of the screen and appreciate it while playing moderately dense notecharts, I thought about various ways to make it so they could enjoy the alternating colors and feel the large moving links.

The entire process was difficult until I had a clear image of the artwork.

※ Denotes chart is different from the later BEGINNER chart: