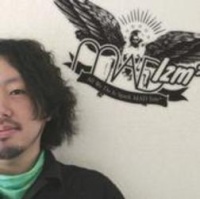 DJ Mass MAD Izm* is a commissioned artist who made his BEMANI debut in beatmania IIDX 14 GOLD. A former member of MAD sequence*, Izm* is well-known for most of his songs, both in and out of BEMANI, for having lots of scratches. One of his songs, 灼熱 Pt.2 Long Train Running, and currently holds the record in beatmania IIDX with the most scratches in any song with 848. His music tends to lean towards hip-hop, techno, and breakbeats. In 2010, DJ Mass MAD Izm* released his first solo album with KONAMI, I AM NOT A DJ.

Since most DJ Mass MAD Izm* songs feature scratching, only songs not composed/arranged by him that he provides scratching for are listed.