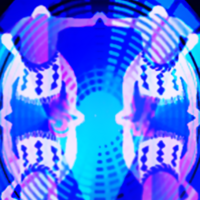 There's another version of this song.
Originally, the lyrics were so vulgar that we couldn't post them, but we reluctantly made them somewhat more normal.
I'd love to see your expressions when you find out what they were originally supposed to be, haha.
I love this song! Why not make up your own lyrics to it, too?

Melodic core is here!!
Stomp your feet! How does it feel!?
It's supposed to be a sumo song, yet the singer sounds like a cool youth in the same style as J---ny's!!
The lyrics are so weird, yet sound refreshing...
What are those yells?
The sound of sumo wrestlers surrounding the cool youth on a beach? "KOI!"
The song is hot even in the winter!
It's "hot" in many different senses!
It's really interesting, but you probably shouldn't think too hard about it...

Alright... it's almost time to do some sumoing, isn't it?