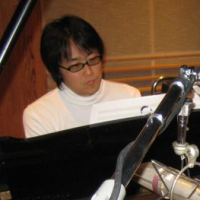 Hirofumi Sasaki is a former KONAMI artist who mainly contributed to the GuitarFreaks & DrumMania series. He is known for his progressive rock songs, which also includes his first original song for BEMANI, The Least 100sec, which became one of his most popular songs, having the distinction of being one of the first songs to crossover to several BEMANI series. He left KONAMI in 2002, with たまゆら as his final contribution as a KONAMI employee.

Since his departure, Hirofumi has been commissioned in BEMANI a handful of times for licensed covers, as well as for a couple of original songs. He also joined the band dB COMMUNICATION, led by Toshio Sakurai, although it was dissolved later.