Difference between revisions of "Vampin' Magic" 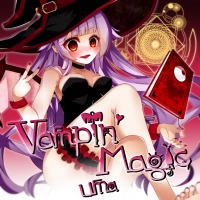 Some vocal samples can be heard, including "There's a message in your inbox saying run run run, down the city where the party's going down down down, sexy ladies, handsome guys, we have just begun, Mr. DJ drop the record, so we jump jump jump!".