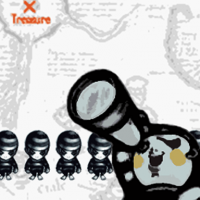 I tried to make it energetic. I also wanted to make a confusing feeling, so I named it "Yellow Panic Time". Please play it while feeling the unity of drum, guitar, and bass.