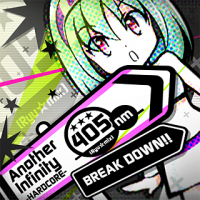 During the EXIT TUNES ACADEMY Ryu☆ 3rd Album "Rainbow☆Rainbow" Release Party that was held in ZeppTokyo, around 2700 guests were packed into the dark venue as the beautiful and transient blue lasers fly around the place.

This song is the result of that spectacle.