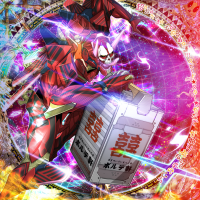 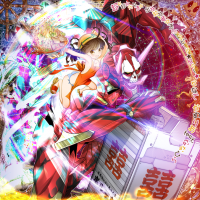 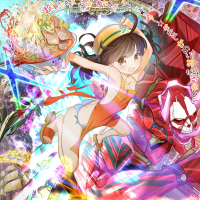 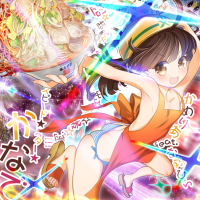 Thank you for the adoption!
I'm sorry.
I am making trouble once again. Camellia here.

Long time ago I thought that "Speed star Kanade" was a good title and I wrote it in my idea notebook. I think putting the "Kanade" name there was a bit stupid but I was sleepy...
In the meanwhile, there was an announcement from the vocal division of the "BEMANI FACE CONTEST" held in March 2016 where nanahira won the wonderful (?) "Kanade Award" (?), a special participation prize. That being said, I had no choice but had to give this idea a chance. So I decided to go on with it.

Speaking of ridiculously fast, yeah, it is speedcore! Speedcore, of course, is fast...!
Since I planned this to be a denpa song, vocals will be sang by Kanade Award-winner nanahira!
It is really ridiculously fast so please follow me firmly.

I wrote a lot there but I look forward to meet you again this year. Please be safe.

Thank you for this adoption.
nanahira here, again in charge of vocals.

Finally, Kanade's name made it to the title of a song. If you forgive Kanade you can forgive me too.
Kanade, I am indebted to you forever. I would like to meet you someday.

As Camellia carefully explained the song, you can very much guess what is this.
I was still able to happily sing it even if the song ran at outrageous speed!

My favorite speech is the blackmasked one heard after the build-up.
You may not able to listen to it but I would be glad if you are able to pay attention.

Well then everyone, take care of speeding!