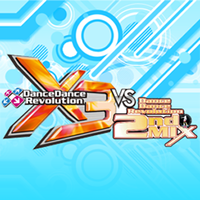 The event started on March 14, 2012 and ended on September 25, 2012. However, it was still possible to unlock the APPEND TRAVEL songs but not buy the event items after that. 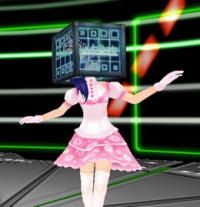 APPEND TRAVEL allowed players using e-AMUSEMENT to earn APPEND ENERGY (AE) by playing the 7 participating BEMANI games. It was the only way to buy the collaboration songs for play in jubeat. It was also possible to buy special items such as customisation options and abilities for use in the other games during the duration of the event only. Once bought, a notification for the item will appear on the next login in the game.

To unlock songs, the event required the players to get Daily Stars (★), an item also used to access the EXTRA STAGE. A Daily Star is obtained on the first new play session of the day when using e-AMUSEMENT.

By default, TWINKLE♡HEART was unlocked on the very first day of the event, except for its CHALLENGE charts. In order to unlock the CHALLENGE charts, the player had to play five days in a row four times. It was possible to take a break after each set of 5 days.

After September 25th, the requirements were reduced for the last four items to be unlocked by getting 4, 5, 6, and 7 consecutive Daily Stars respectively.

At AOU 2012 on February 17th, 2012, KONAMI announced a new event called Daily Special (デイリースペシャル) for e-AMUSEMENT users only. It began on February 20th, 2012 and ended on May 28th, 2012. During the event, a different BEMANI crossover was unlocked each day of the week from Monday to Friday only. Each day began at 7:00 am following the daily maintenance. The cycle of the song unlocking had been shuffled three times, on March 19th, April 16th, and May 14th, 2012.

On May 5th, 2012, an additional event called Weekend Special (ウィークエンドスペシャル) was added. During Weekend Special, the songs cycled hourly instead. This event also ended on May 28th, 2012, when all songs were unlocked for regular play.

X3 introduces a new system for accessing the EXTRA STAGE, known as the Result Star System. This feature is only available in PRO Mode. Each time a player passes a song, they will obtain up to 3 Result Stars, under the following conditions:

For the red Result Star (★), the following levels have to be cleared depending on the player's title. The titles are shown at the start and end of a credit, below the ENJOY LEVEL, after introducing an eAMUSEMENT PASS (note that only the highest title between Single and Double Play is shown):

During VERSUS PLAY, each player has their own set of Result Stars. If either player unlocks EXTRA STAGE, both players can proceed but both players' Stars will be used.

If e-AMUSEMENT is not enabled or not available on the arcade machine, then Result Stars cannot carry over between rounds, and the only way to unlock EXTRA STAGE is to obtain exactly 3 Result Stars per song.

Since each player can obtain a maximum of 3 Result Stars per song, Result Stars higher in the list above take priority over lower ones. For example, a player getting a AAA Full Combo on their first song of the day will receive the three white stars for a grade of AAA, and will not receive the green Full Combo star. The colors of the Result Stars have no importance for unlocking EXTRA STAGE.

*Unlike the other Result Stars, the dark blue Daily Star is obtained on the end-of-game screen after the player's first round of the day, and is obtained even if the player fails some or all of their stages or does not play on PRO Mode. For example, if the player obtains 8 Result Stars on their first round of the day, they have not met the EXTRA STAGE conditions by the time they complete FINAL STAGE. However, they will receive a 9th star just afterward, guaranteeing that they will be able to unlock EXTRA STAGE on their next round.

At first, two exclusive songs, one for each STAGE (EXTRA and ENCORE EXTRA) were available. Similar to how EXTRA/ENCORE STAGE worked in previous games, more songs were added over time. This time around, songs were also added directly as EXTRA STAGE and others kept their ENCORE EXTRA STAGE-only status until they were finally unlocked for everyone.

As of November 5th, 2012, all the songs introduced as EXTRA/ENCORE STAGE have been unlocked for normal play.

EXTRA TOUR was announced on May 12, 2012 and started on May 14, 2012. In this event, four new songs were added as EXTRA STAGE. They each appeared in specific regions at first and moved to other regions each day. After playing all EXTRA TOUR songs at least once, any one of them could be used to unlock a new ENCORE EXTRA STAGE, Tohoku EVOLVED.

On July 4th, 2012, the EVOLVED nonstop course was revealed, giving access to all five songs (TYPE1/Ver.A only) and revealing London EVOLVED Ver.A's CHALLENGE chart and Tohoku EVOLVED's DIFFICULT chart for the first time.

As of August 2nd, 2012, TRIP MACHINE REVOLUTION and PARANOiA Revolution can appear in EXTRA STAGE through the CROSSOVER DDR event in 2ndMIX MODE (detailed in its own section). Using one of them to successfully access ENCORE EXTRA STAGE will reveal a new song, LOVE IS THE POWER -Re:born- (a remix of a song that was previously only found playing during the ending credits of DanceDanceRevolution 2ndReMIX's ARCADE MODE). In order to clear this final ENCORE EXTRA STAGE, a PERFECT FULL COMBO is required.

As of September 26th, 2012, Tohoku EVOLVED on EXTRA STAGE can be used to access LOVE IS THE POWER -Re:born- as well.

A completely redone DanceDanceRevolution 2ndMIX is featured as a separate mode in DanceDanceRevolution X3 VS 2ndMIX. This revamped version features high definition graphics, 2ndMIX dancing characters, remastered banners (with the original typos), and background animations. Nearly all of the original gameplay found in the game was kept such as the modifiers requiring command codes in order to use them, COUPLE Play being available, and hidden songs with various requirements each to make them appear. Also, all the old terminology was kept such as CUT1 returning to its former name, LITTLE.

The notable differences between the original game and the HD remake are:

As of June 20th, 2012, obtaining an SS rank (a FULL COMBO-only grade in 2ndMIX) on all stages before FINAL STAGE will unlock one of the following two new songs for the FINAL STAGE (both songs can also be played in ROULETTE):

As of July 4th, 2012, the Revolution boss course was revealed in X3, giving access to the two songs' DIFFICULT and EXPERT charts in X3 MODE (the course also included the four regular EXTRA/ENCORE STAGE songs).

As of August 2nd, 2012, the CROSSOVER DDR event started, allowing players to unlock all 2ndMIX songs for play on X3's PRO or QUICK PLAY MODEs. The two exceptions are HERO, as the song is already in X3 (using the X-edit version from X2), and PARANOiA MAX～DIRTY MIX～(in roulette), as there is no Roulette option in X3. For their appearance in X3, every song received a brand new jacket composed of the disc seen in 2ndMIX. The song's banner was added on April 20th, 2012 at the bottom of the disc on the jacket. The unlocked songs appear in the X3 VS 2ndMIX folder instead of the 2ndMIX folder, but they would later return to their original folder, receiving jackets based on their backgrounds, in DanceDanceRevolution (2013).

In 2ndMIX MODE, the song list is divided into two parts: EASY / NORMAL Mode and HARD Mode. Each song must be played in its respective 2ndMIX's sub-mode in order to be unlocked in X3. Both SINGLE and DOUBLE charts have to be unlocked individually on every difficulty available: BASIC, ANOTHER, and MANIAC (Single only). After unlocking the first chart for a song in Single Play, the BEGINNER chart is also unlocked. Clearing all the three difficulties will also unlock the CHALLENGE charts for play in X3 Mode. In Double Play, clearing the two difficulties will unlock the EXPERT and CHALLENGE charts for that song in X3.

Unlocking TRIP MACHINE EVOLUTION and PARANOiA Revolution in X3 (as EXTRA STAGE) require special conditions: all the charts of that difficulty found in NORMAL and HARD MODEs, respectively, must be played. In addition, CHALLENGE charts (both Single and Double) are Quick Play Mode-exclusive.

On November 5th, 2012, all the 2ndMIX songs were fully unlocked for everyone.