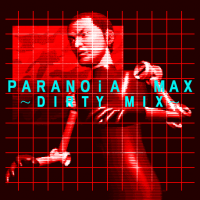 You have unlocked the song "PARANOiA MAX(DIRTY MIX) -CLUB ANOTHER VER. 2-" by 190. "PARANOiA" quickly became an instant classic and still holds the record for the highest number of remixes out of any Dance Dance Revolution song. This hard-to-find remix is an arrangement of the original "DIRTY MIX." You can check out the original version and a different remix of "PARANOiA" in Dance Dance Revolution KONAMIX.