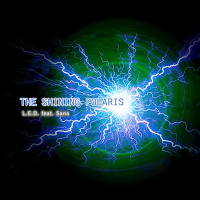 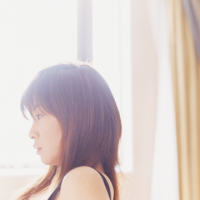 The appeal of EPIC TRANCE is its melodious and catchy melodies, or the uplifting feeling created through its sweet melodic vocals and upper-style tracks. In "THE SHINING POLARIS", Sana's dreamy vocals, well-known as the "Diva of KONAMI music games!" who has performed in many BEMANI songs, are matched with the track completing a "crying TRANCE".

I feel as if I've heard it somewhere before in L.E.D.'s world, but the phrases of this "crying trance" (according to L.E.D.) powerfully strike a chord in your heart, don't they?
I think this "really" is the song's key point, while I also "really" dreamed of being a clubber who went to IBIZA Island, and I tried to create my own image of a "real" Pa○○ ○○n ○○ke song.
The "POLARIS" in the title refers to the North Star.
Yes, it was an important navigator for travelers adventuring in the open seas during the Age of Discovery.
Then, when combined with the title of another L.E.D. new song, "THE BIG VOYAGER", which means "The Adventurer", it seems that L.E.D. was trying to convey BEMANI players the idea of "something" with this new song, right?

※ Denotes chart is different from its earlier/later arcade or console appearances: