This page is for the Bananarama song titled Venus. For the GuitarFreaks V3 & DrumMania V3 song of the same title by Tatsh+RayZY, please see Venus.

Not to be confused with the musical unit known as VENUS; for more information on that see the individual pages on its members Sota Fujimori and Yoshitaka Nishimura. 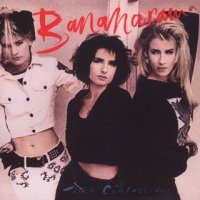 The lines marked with an asterisk (*) are only present on the Bananarama version of VENUS.