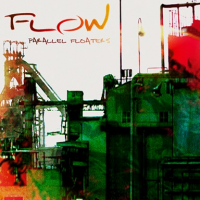 The title was decided after PARALLEL FLOATERS' Infinite.
Also, the song has a similar feeling to Infinite, aiming for a limitless blue world.
The melody is similar to Infinite's as well, continuing a constant tension.
The meaning of the guitar in this song is key, as the exquisite feeling of floating harmony is represented by a guitar arpeggio.
I was really satisfied with the contemporary art of the movie, as it is linked to the flow of this song as well.
Since its charts are not really difficult, I wanted that a lot of people enjoy this song.