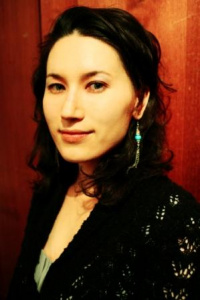 Not to be confused with beatmania IIDX graphic designer Maya Takamura.