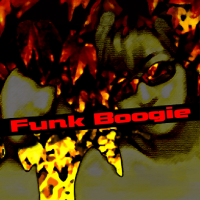 You have unlocked the song "Funk Boogie" by Funk Kid feat. KOOL BOYS. The dance party is not official without some disco funk and "Funk Boogie" does the job. If you're feeling funky, go get your boogie on and show 'em how it's done.