This page is for the DanceDanceRevolution song HIGHER. For other songs of the same title, please see Higher (disambiguation). 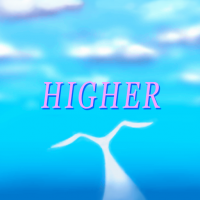 Let the up-tempo grooves move you to a higher level.

"HIGHER" by NM feat. SUNNY debuted on Dance Dance Revolution KONAMIX and is a happy song that will truly lift your spirits higher. Check out the new "next morning mix" in this game as well.