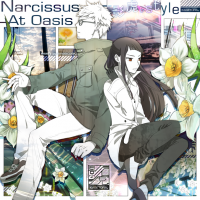 Within two minutes I was able to cram in the song everything I wanted from the beginning to the end. I would be pleased if you could enjoy the contrast between the cold and melancholy sounds with the newer and lively ones. Thank you!