Slip Out (bounce in beat mix)

Slip Out (bounce in beat mix) 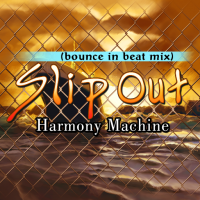 Wil-Dog and Justin from Ozomatli

"First and foremost, DDR is an upbeat, and incredibly energetic game. When we first chose the song for the remix, we wanted a jam with a memorable melody and a song that was fun to listen to. Next we slapped on a danceable club beat, gave it a little bump in the tempo and we were on the path to a great remix."