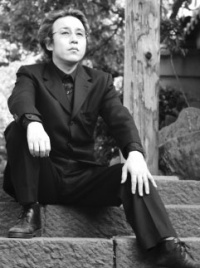 Takeo Miratsu was a Japanese composer and guitarist who worked on a wide range of musical activities, composing and/or arranging music for anime, games, and for artists such as Shinichi Ishihara, Hiroshi Tamaki, LAMUSE, among others.

Takeo was also the guitarist and composer of the musical duo Twin AmadeuS, alongside violinist Ayumu Koshikawa. Together, they provided three songs for the beatmania IIDX series.