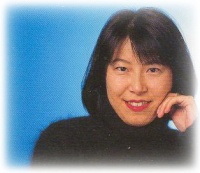 A video game music composer since 1988, Yoko Shimomura started her career working for CAPCOM, where she composed in part the soundtrack for the 1989 arcade release Final Fight. Yoko's most famous work is the soundtrack of CAPCOM's arcade fighter, Street Fighter II: The World Warrior, for which she composed almost all of the battle themes, which have since become iconic video game music tracks.

Yoko later worked for Squaresoft, where she composed the soundtrack to Super Mario RPG , Parasite Eve, Legend of Mana, and the first Kingdom Hearts game. Yoko went freelance in 2003, and has composed music for the entire Mario & Luigi RPG series, as well continuing her work on the Kingdom Hearts series.