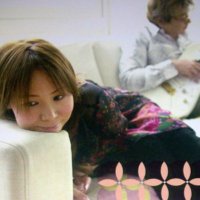 Parquets (パーキッツ) was the duo of music composer Tsugumi Kataoka and lyricist/vocalist Manami Fujino, who were active from 1992 to 2009. They have been producing songs for various anime, like Bomberman Jetters and Mirumo de Pon, amongst other projects since the mid-1990s. From 2001 to 2006, they also worked for KONAMI, releasing various albums and EPs for their music label, but they are best known for their contributions to the pop'n music series. From 2006 to 2008, they were signed on to Sound City.

In a rarity in BEMANI, Parquets composed exclusively for pop'n music, and their music has almost never been transplanted into any other BEMANI series (the one and only exception so far being Ping×Pong×Dash). Both Kataoka and Fujino have also contributed to the pop'n music series collaborating with other BEMANI artists, and Kataoka has also made his own songs as a solo artist.

Parquets was dissolved after a live event in June 2009, when Fujino decided to take an indefinite hiatus.

Note that this page only includes songs under the Parquets name. It does not include songs where Kataoka and Fujino contributed together under other aliases.

This only includes albums under the Parquets duo.