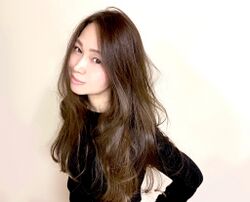 Manami Fujino is the former vocalist of Parquets (パーキッツ), with Tsugumi Kataoka as the composer. They worked together both in and out of BEMANI from 1992 up to 2009.

After a live event in June 2009, Manami Fujino decided to take an indefinite hiatus from パーキッツ and pursue a solo career. Since then, she has occasionally contributed songs to pop'n music with other composers.