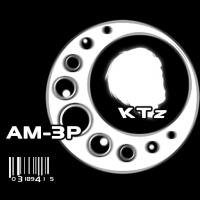 "AM-3P" by KTz is one of the most popular KONAMI original songs in the Dance Dance Revolution series. Combining driving techno-house beats, mechanical voice effects and 90's rave synths, this song blends modern and old skool techno to create an instant classic.

※ This chart is different from the later BEGINNER chart (total notes: 69).