Not to be confused with I BELIEVE IN A THING CALLED LOVE. 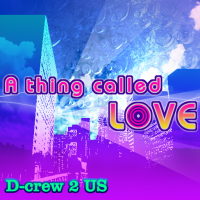 Hi all! Well, initially I was going to sing this song myself but I had a certain American girl, with amazing blonde hair, sing it instead because her voice was a perfect match for the song.
I could not avoid her voice nor her beauty. (I mean, she was really, really, HOT!)
Anyway... the track sounded more mature and reserved, with less taste of techno, at the beginning of the composition but I transformed it into a much stronger dance track.
If I have a chance someday I wanna sing the song, in its original arrangement, myself.
Well, hope you enjoy it. Peace!