BALLAD FOR YOU~omoi no ame~ 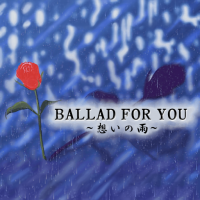 After the end of love... I hold on to the memories that remain and wander around in my heart, unable to find a place to go...

Even until I saw the bad memories begin to shine, the tears of love started flowing without anyone knowing... I told Thomas about these such sensitive feelings, and he sung with all his soul... singing and playing the piano... this song is a true ballad. Ballads are also part of my heart.

This is a ballad from NAOKI, who likes ballads. (NAOKI seems really happy whenever he talks about ballads...) Please enjoy the song slowly and calmly.