This page is for the licensed cover of Deep Purple's BLACK NIGHT that appears in GuitarFreaks V4 & DrumMania V4 Яock×Rock. For the Touhou Project arrangement by Noah that appears in SOUND VOLTEX IV HEAVENLY HAVEN, please see Black night.

Not to be confused with the beatmania IIDX song THE BLACK KNIGHT. 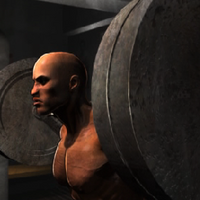