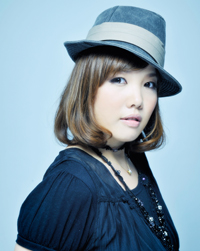 Chie Nakamaru, also known as mao, is a commissioned vocalist who started providing vocals for the GuitarFreaks & DrumMania series, but later also performed for other BEMANI series. Within BEMANI, Chie typically performed vocals for songs originating from the SPIN FEVER redemption-game series, composed by Tatsuya Iyama.

Prior to Tatsuya Iyama joining KONAMI, Chie had a duo named Moon Beams with Tatsuya, performing rhythm and blues songs.

Outside of BEMANI, Chie is the vocalist and lyricist of the duo cocua with Hijiri Anze (安瀬聖), and is affiliated with the music company Peak A Soul+, whose website may be found here.