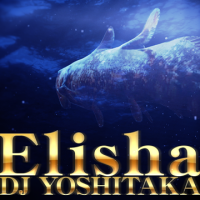 "Realization of a new rule"

For me, nothing has given me more satisfaction than being a creator.
Inside of me, the feelings of hope and fear are on my shoulders, choking out the pressure of failure in my chest.

In an unimaginable situation, one's decision making must be done quickly, whether it be by chance or not.

But it is at this new forefront in IIDX that this experience is shared by all that share this mission and that these new rules must be applied to the production.

It was very difficult to overcome these old efforts and ideas...

The prototype for this song was created and I repeated words in my mind until I came up with "Elisha"
I feel that we can create a new dynamic starting with this song.

I really enjoyed making this representation of the deep blue sea. It was a lot of fun.