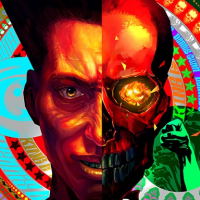 This song can only be played by those who scored high on 3 songs in this game, so I wonder if there are many first-time listeners? The concept is a fusion of rap and hard rock. DENNIS GUNN gave a powerful and cool voice, with a very different feeling from "WANNA BE YOUR BOY".