Not to be confused with on the bounce. 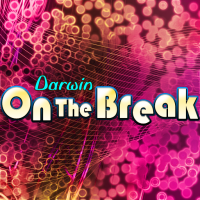 On The Break's jacket.

Old-school hardcore, who doesn't love it?!?! This high energy track is nonstop from front to back and will take you on a wild ride before it let's you off. Can you keep up?

"This is fun music, bouncy is what I wanted in this track. It has bags of energy. This track is like what I produce as an artist within the UK hardcore scene."