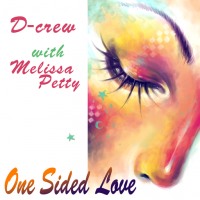 I wanted to make the song feel like pop though it was house.
It has a nice 4 beat that you can sing along while playing.
Melissa Petty also fittingly sings about an unrequited love.