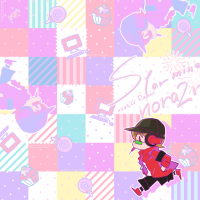 Since the original starmine is a happy hardcore song, I decided to choose this song.
Remixed it with my own UK hardcore style, added a little of makina essence to it and finishing touches to complete it.

There is a lot more I'd like to talk about but I think it'd be redundant.
I would be very glad if everyone enjoys playing music games.