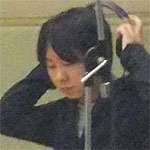 Yasunori Nishiki is a composer who joined KONAMI after graduating from Tokyo College of Music. In KONAMI, he mostly served as sound staff and composer of various games, from console games such as FRONTIER GATE and NEVERDEAD to arcade games, notably QUIZ MAGIC ACADEMY series which he contributed to from the seventh game in the series until the ninth, QUIZ MAGIC ACADEMY Kenja no tobira (QUIZ MAGIC ACADEMY 賢者の扉). He then handled the sound direction and music production of KONAMI's arcade card game Oreca Battle, and later the arcade version of the mobile game Dragon Collection.

Yasunori's music tend to have more orchestral sound, though he also has worked in other genres, having a wide range from light pop and electronic to rock and metal.

Yasunori started freelancing in 2015. He is in charge of the music for the SquareEnix game Project OCTOPATH TRAVELER.