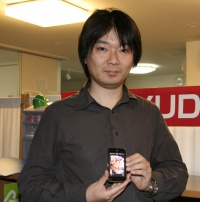 Reo Nagumo joined KONAMI in February of 1996. He can be considered the grandfather of BEMANI as he was one of the co-creators of beatmania in 1997. He was also the first sound director, the first in-house composer, and did the first title screen music. He's also the only BEMANI composer to sound direct all three beatmania series, as well as write songs for the short-lived ParaParaParadise. His musical styles are especially focused on rave and pop music, though he dabbled in a few other genres as well.

It was hinted that he inherited a sushi restaurant (see the music production Info for tiger yamato), though this was later proven untrue. Since March 2003, Reo is the CEO of a Japanese company called Yudo Ltd., and wrote music for the WiiWare/iPhone series Aero Revolution. A link to an article on this can be found here. Currently, Reo also owns and runs the company DoYou Lab.