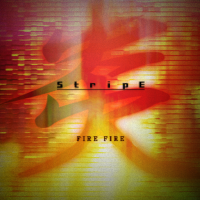 Cute, but seriously, the title refers to more of a general term.
Personally, I like this song. It's something like you would hum at night in the bathtub.