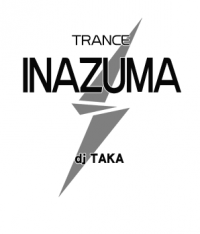 GOLI and HES wanted me to do a hard NRG song, so that's how this one started out. But, while layering things on top of each other, somehow something strangely melodious emerged. It just kind of fell out of me thinking, I wonder how this would sound?... and then doing it. Sorry, HES! Instead of NRG, this ended up being really majestic trance! So, Yoshitaka, who sits behind me, was all "Hey, Taka, that sounds really great! Let me listen for a while!" in a mischevious voice... so I did, and he said "You should add some vocals!" Hmmm, that's a good idea, but... okay, they'll start from here... is there enough time left for it?

So I started looking for the vocal track to thunder right away, and when I matched up the BPM and cue points... they matched up so well and created a magnificent harmony, and the track was finished a few hours later.

So the process of creating this song was totally different from what you'd normally think of remixing. I don't think of this as a remix of "thunder", but as a totally separate song. Of course, nobody cares about that even when I explain, but I hope you'll realize that it's not really a remix.

When I listened to the demo of this song, I thought, "How can I create a video with the same tension as this song???", but I didn't really say anything about it. I thought it might be a bad idea to just carelessly start assembling materials and shooting film, and I ended up using Flash.

I left the analysis of the graphics files and photographs onscreen, and in fact threw it into high gear. I didn't mean for it to be so distracting, but... Sorry if it's hard to watch.