This page is for the dj TAKA with NAOKI arrangement of 革命. For the ノスタルジア arrangement, please see Kakumei (Chopin). 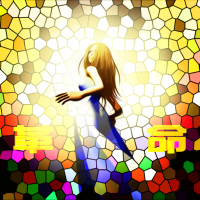 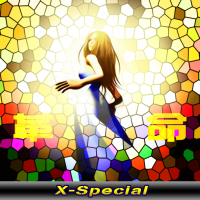 So NAOKI said to me, "why not do a song with a revolutionary theme together"? However, I was nervous about being able to finish this song, as production was already late into 7th style when he asked me of this. I know that the song title translates into "Revolution", which I kept in mind while making this song and the state of the song. The DDR and IIDX teams decided to have the song as a hidden song in both games, which we managed to do near the end of the schedule's build. The following song produced under these conditions is this "revolution". NAOKI's piano music provides the basic track, where the orchestra arrangements I provide finished up the song process while in the lean progression of making the song.

The artist name is credited to "dj TAKA with NAOKI", but with ucchie writing the charts and Jiishima-kun in charge of the DDR charts, the directors of both DDR and IIDX, as well as both teams' crews, we really worked together as team players to coincide with everyone's schedules. And thus we made music together.

You have unlocked the song "KAKUMEI" by dj TAKA with NAOKI. "KAKUMEI" is a dance remake of Frederic Chopin's enchanting musical piece "Revolutionary" which was originally written by the famous Polish composer in 1831. Coincidentally, "KAKUMEI" is English means "Revolution".

So for beat#1, we decided to enrol Kakumei as the first and last boss song of all time, right?

That is, until we heard someone on staff checked for bugs and noted that MAX 300 had been HARD cleared.

※ These BEGINNER charts are different from their later console appearances (total notes: 235)

※ These charts don't have Freeze Arrows in the PlayStation version of Dancing Stage Fusion CS.
⁑ Denotes chart is unused and cannot be accessed through normal gameplay.