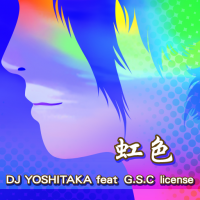 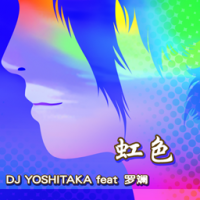 This is a song ported from pop'n music 13 Carnival.
It's a song from exactly one year ago, so I feel nostalgic about it,,,
By the way, no one believes the "story about how this song was made" on the official pop'n website, but it's true.

It's a memorable song for me, therefore I may present it as a different version someday! maybe!

But it is this long now so I don't want to abbreviate it, alright! Let's omit some characters
,,,,,,, love trap
Yes♪ It's rare that I got it correct on my first try♪ Also, you get "love trap" if you translate it ♪
So everyone, instead of "lovely trance pop", let's say "love trap".
Well let's say "I wanna～" in an English-sounding manner.

Let me tell you the story of how this song was written.

There was a girl in a wheelchair on the roof of the hospital where I was staying.
She was staring into the distance, but there was a middle school ahead of her gaze.
Apparently, the girl was staring at the field where the baseball and track-and-field boys were practicing.
At that time, something within me began welling up inside my chest.
She was there every day.

I didn't say anything else, but I returned to the hospital with an indescribable feeling within me during that time, and began playing the keyboard which the doctor requested for me to not use,,,,,,,

Let's go!! Everyone, listen to our song, let's~ cheer up♪

When Yoshi-kun entrusted me with "something like this", I was able to create an amazing idol girl. I don't even know what my own hair looks like. I didn't use a three-color brush.

Yoshi-kun was recovering from illness, but he sang really well ahahahaha! He was laughing. He's really amazing!
It's a cute and cool song. Love... trap....