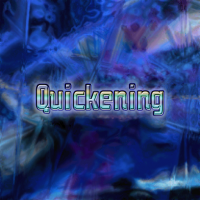 Quickening was a song I made during Dance Maniax 2ndMIX, at the direct request of sound producer NAOKI.
Being a rare opportunity, my idea was to employ a lot of techniques that would be awkward in typical beatmania, due to how the game works.
Even while getting numerous requests from players and the production team to bring the song over to IIDX, I was able to stubbornly fend them off, but...
I got a request this time begging me to put the song in beatmania since it's the last one, so I decided to challenge myself to put it in the game.
With all that background, there were a lot of particular struggles, but thanks to help from CIVA, who did sequence support for the chart, it ended up being satisfactory.
Thank you, CIVA.

I heard this song a long time ago and it moved my heart, so the movie I was secretly making was able to see the light of day now.