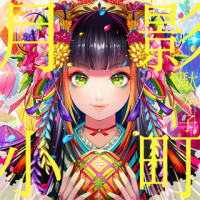 jubeat difficulty rated from 1 to 10.9 from festo onwards. (Ratings and notecounts obtained from BEMANIWiki 2nd.)