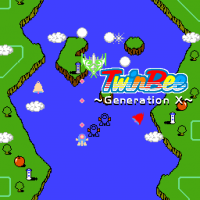 I set out to make a beatmania remix of music from Konami's flagship game, TwinBee.
The ParaPara-style Eurobeat and nostalgic SCC sounds will be a big hit with gamers.

This song is ported from beatmaniaIII.
When this song was released on beatmaniaIII, which is part of the same beatmania family lineage, GOLI and I raced to the cabinet, and I remember exclaiming "wow" after hearing it.
Thanks to the support of the beatmaniaIII team, this time the song can be played on IIDX using the 7 keys.
Eurobeat has become a popular genre even in IIDX, but it shows us an alternate horizon from the songs currently recorded from the game.