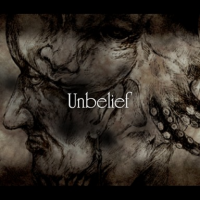 The music has a mysterious but poetic and seductive atmosphere, so I wanted to bring that out in this animation as much as possible.
It ended up being an trial-and-error work.
That being said, what is depicted in this work is a product of chance, as I drew some shape that came about naturally, and adapted it to fit in a specific "something".
But because I drew them so large, some of them could not be included in the animation.
I got careless...

I'm very happy to have been able to participate in this work to celebrate IIDX's 20th anniversary.
Congratulations!