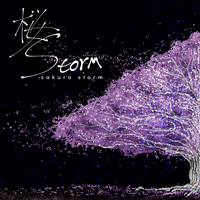 This song is a port from the international game DanceDanceRevolution UNIVERSE3.
The original version of this song is really old, made around the same time as starmine. Was it around 1997?
Sakura was titled HAPPY HARDCORE at that time. Most of the original melody is still intact.

I had left this song alone for a while, but then when DDR Universe 3 was being produced, I was asked to produce a more polished version of the song.

That was how 雪月花 came to be.
Here's how, sakura storm was the archetype from which 雪月花 was created.
Hopefully, with your continued support, I will be able to create more songs for many years to come, thank you.