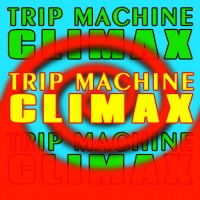 You have unlocked the song "TRIP MACHINE CLIMAX" by DE-SIRE. "TRIP MACHINE" quickly became an instant classic and this version is for everyone who loves gabba and hardcore. It's fast and tough! You can check out a different remix of "TRIP MACHINE" in Dance Dance Revolution KONAMIX.