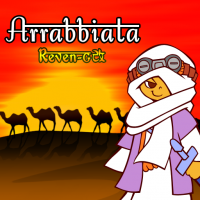 A burning to burst Asian sound! Aim to the NEXT STAGE! There is no God to bless you...