This page is for the kors k song titled I'm On Fire. For the AD/DA song of the same title, please see I'm on Fire.

Not to be confused with ON FIRE. 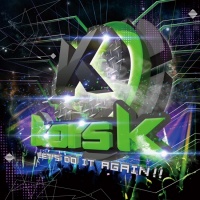 REFLEC BEAT to groovin'!! Upper difficulty rated from 1 to 10+, and from 1 to 13 in VOLZZA/VOLZZA 2. (Ratings and notecounts obtained from BEMANIWiki 2nd.)